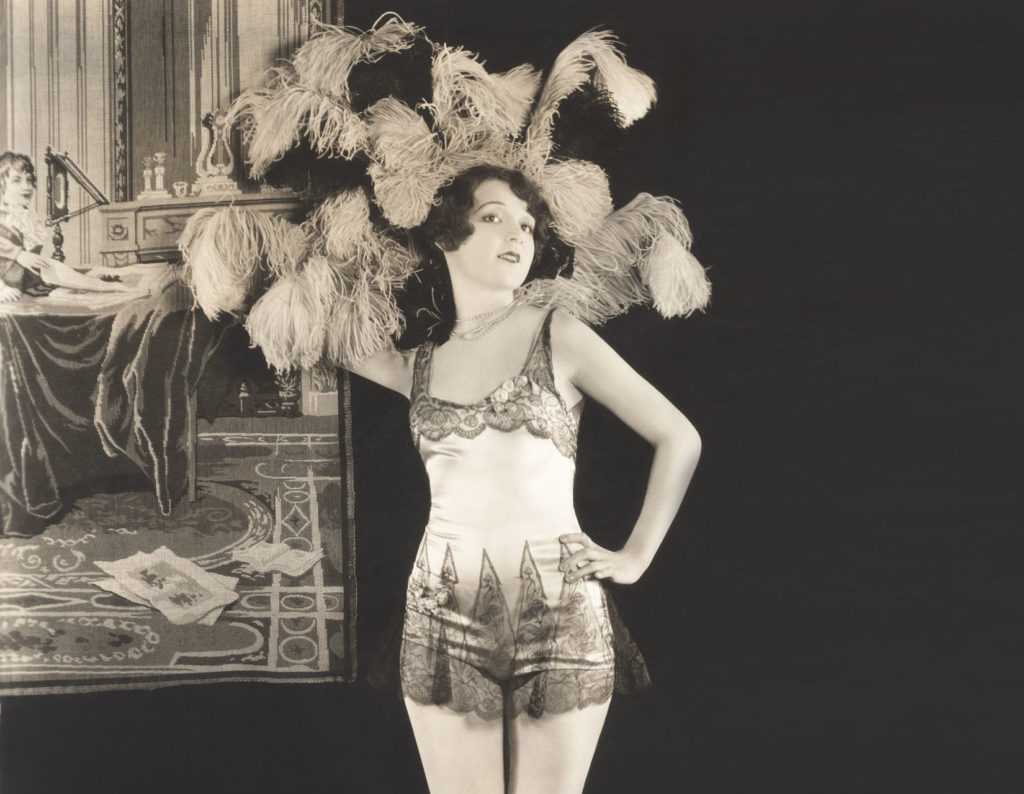 With a company history dating back to 1914, and plenty of decades-long loyal customers, we know that lots of our fans take an interest in vintage lingerie styles. Which is why we are launching a new series for our blog today which will walk you through how to ‘get the look’ from some of our very favorite eras in the history of intimates. First up, the roaring twenties.

The 1920s was a period of major transformation for women’s fashions, and all-new outerwear meant an underwear update was in order too. Hemlines rose significantly, meaning the floor-length petticoats of old were out, and for the first time in a long time women were enjoying relaxed, flexible silhouettes that didn’t require the sculpting power of a corset.

This decade was also all about luxury. The flapper woman reigned supreme and she wanted glamour and extravagance at every turn – including in her lingerie drawer! 1920s lingerie styles were frequently adorned with lace trims, embroidery, and time-consuming embellishment techniques such as insertion lace and intricate ribbon work. Popular fabrics included satins, chiffons, lightweight cottons, and anything delicate, sheer and flowy.

Now, let’s talk about two of the most essential garment shapes…

In 1920s era lingerie, hip-flaunting panties weren’t yet a thing. Instead, tap pants were the ubiquitous underwear style, sitting high on the waist and with a loose, flowy fit around the hip and thigh so that they wouldn’t restrict movement in any way. Get the look today with our decadently lace-trimmed slip shorts, which can be cut shorter (no sewing required!) if you only want one or two bands of lace at the hem. 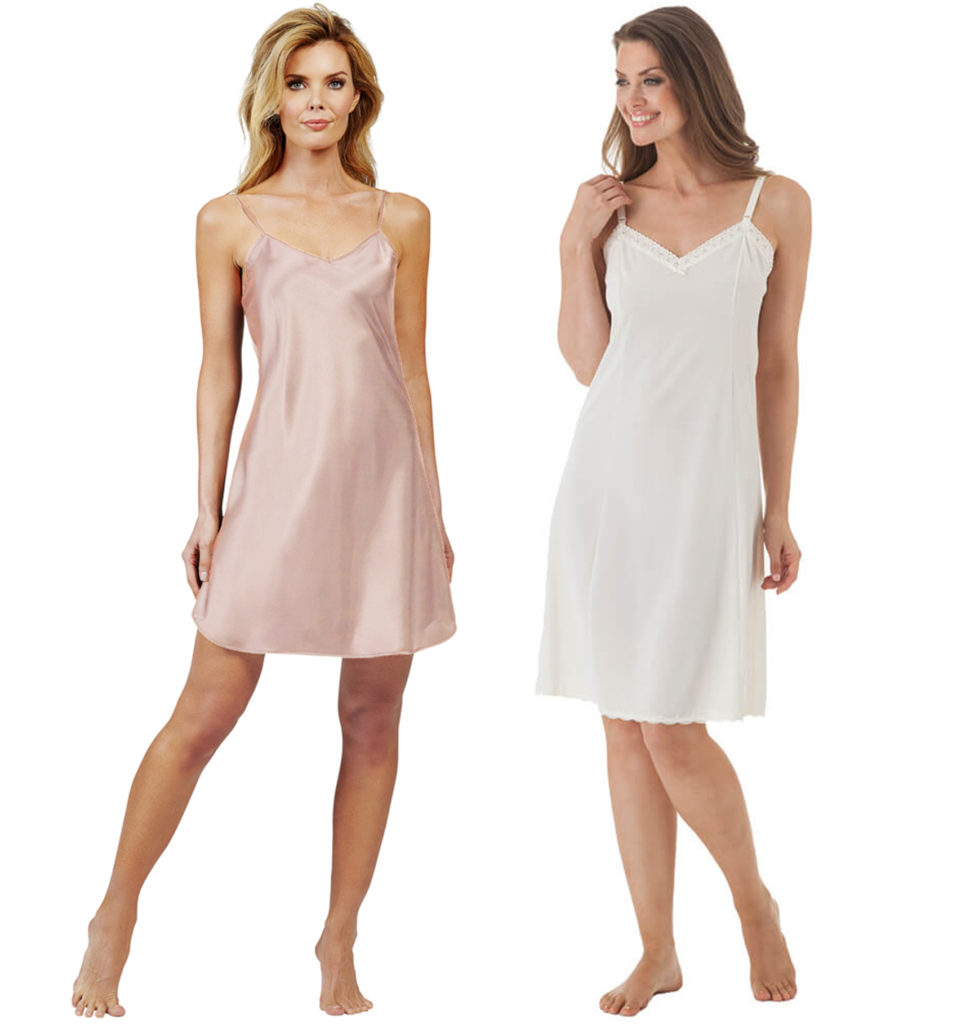 1920s fashion was characterized by very boxy – some might even say shapeless – silhouettes which were the result of creating garments out of rectangular panels of fabric, and this also extended to lingerie and loungewear. Full slips were a staple underwear garment of the era and typically featured a straight-cut neckline with narrow straps.

When shopping for your own 20s-esque slip dress, avoid designs which have shaped cups or which nip in at the waist. Straight-up-and-down is the goal here. Though the V shaped necklines on our examples above aren’t quite true to the era, the rest of the shape is fairly close.

Sleeveless may have been the go-to slip silhouette in this time period, but if you want something with a little upper arm coverage try our Shadowline® Vintage Lace Trim Sleepshirt. With its fluid yet square-ish cut and vintage-look lace trims, there’s definitely something of a twenties vibe to it! 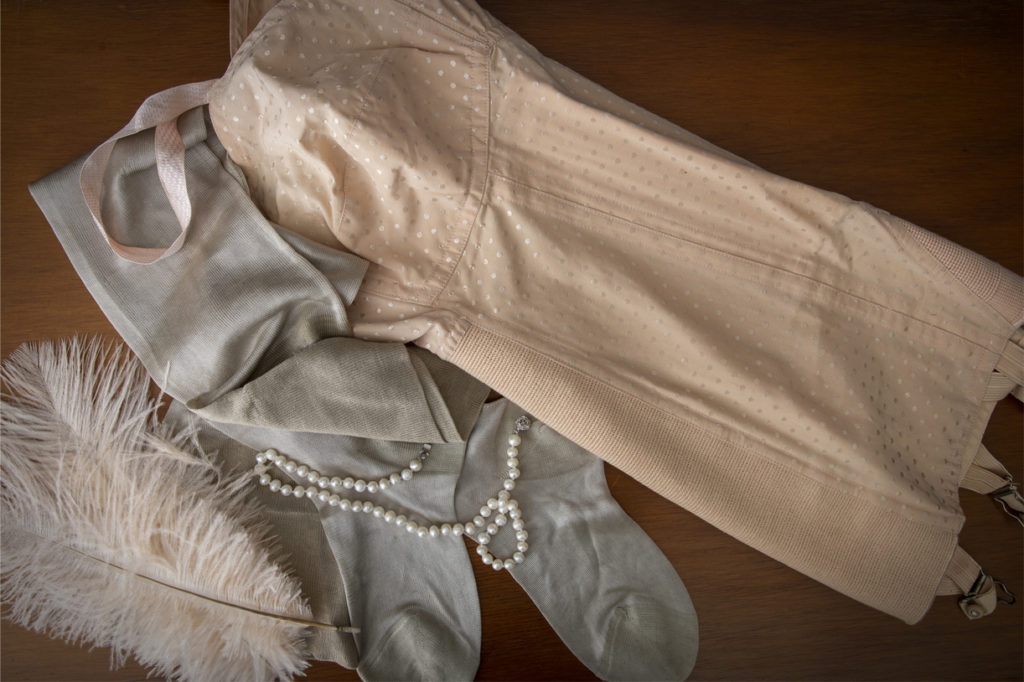 While you won’t find the following intimate wear looks at Shadowline Lingerie currently, here’s what else to look out for to complete your twenties-inspired lingerie collection:

Merging slips and tap pants into one easy garment, step-in chemises (or simply ‘step-ins’) were a major lingerie trend of the 1920s. They had the same boxy fit as the slip dresses of the time, but finished with two breezy leg openings instead of an open skirt.

Since many step-ins were gathered around the waist, if you just want the look of one and aren’t concerned with historical accuracy, you can mimic the overall shape by tucking the lace-trimmed camisole of our Shadowline® Satin Cami & Tap Pant Set into the tap pant bottoms.

There was no underwire in the 1920s! Bras ranged from simple rectangular bandeaus to, in the second half of the decade, styles with separated cups, but the goal was always the same: to flatten the chest.

It wasn’t just busts that needed flattening; women also wore flexible girdles designed to slim their hips, creating a lithe and boyish figure. Girdles also held their stockings in place, which were an essential accessory now that legs were finally being put on show. However, not everyone wore girdles and it was also still common in the 1920s for stockings to be held up by thigh garters.

Finally, while we’re on the subject of accessories, no 1920s lingerie trousseau was complete without a beautiful sleep bonnet! For an authentically-twenties look, go for a bonnet that’s made from satin or lace and lavishly trimmed with ribbon.

If you’re a fan of 1920s lingerie, we hope you’ve found this guide useful. Don’t forget to subscribe to our newsletter so you don’t miss the rest of this Get the Vintage Lingerie Look series! 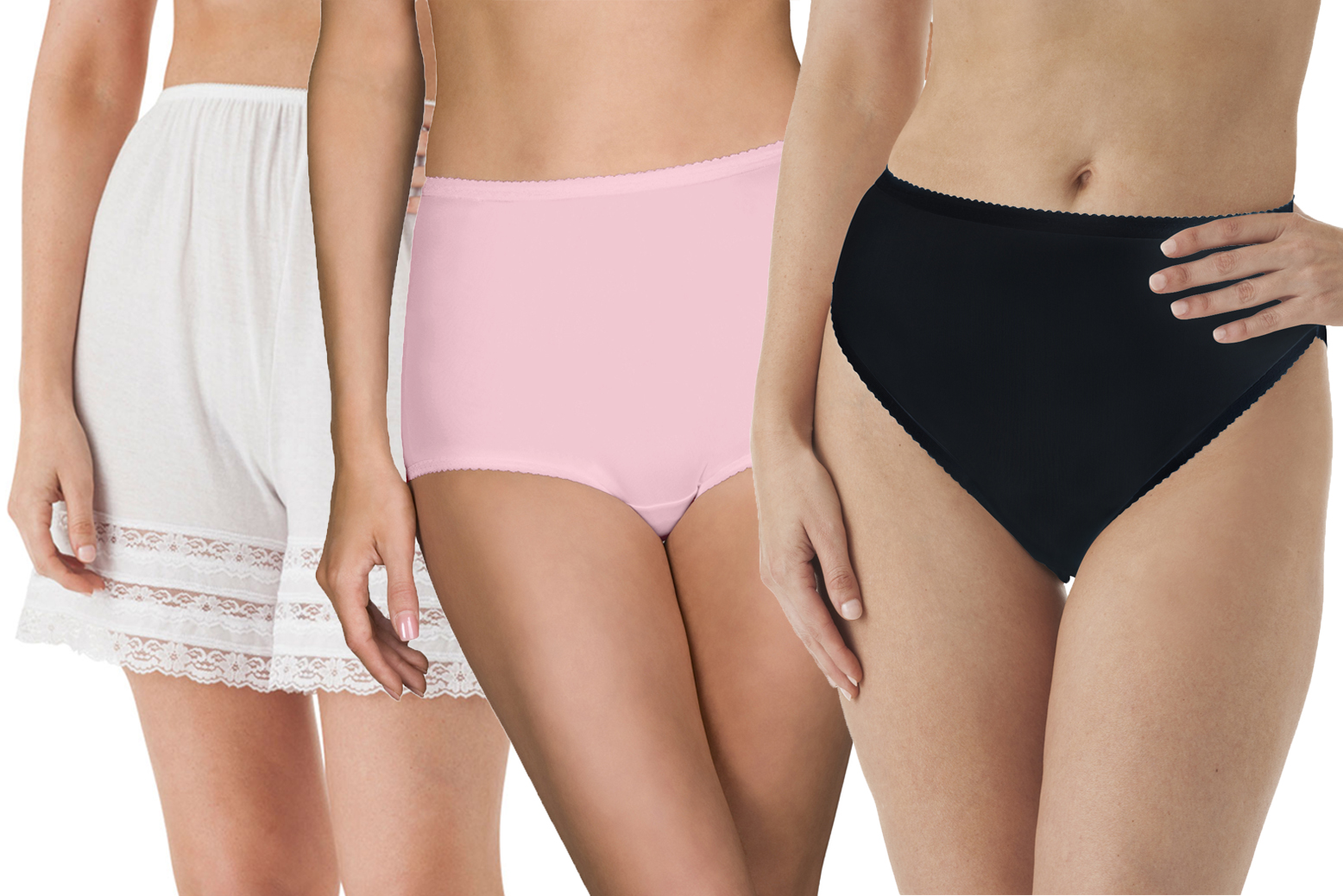 By Marketing / May 21, 2021 / 0 Comments
Just like more visible fashions, women’s panties have changed a lot over the years. Shape trends have come and gone (and in some cases, come back again), while innovations in the textile industry have driven other design changes from decade... 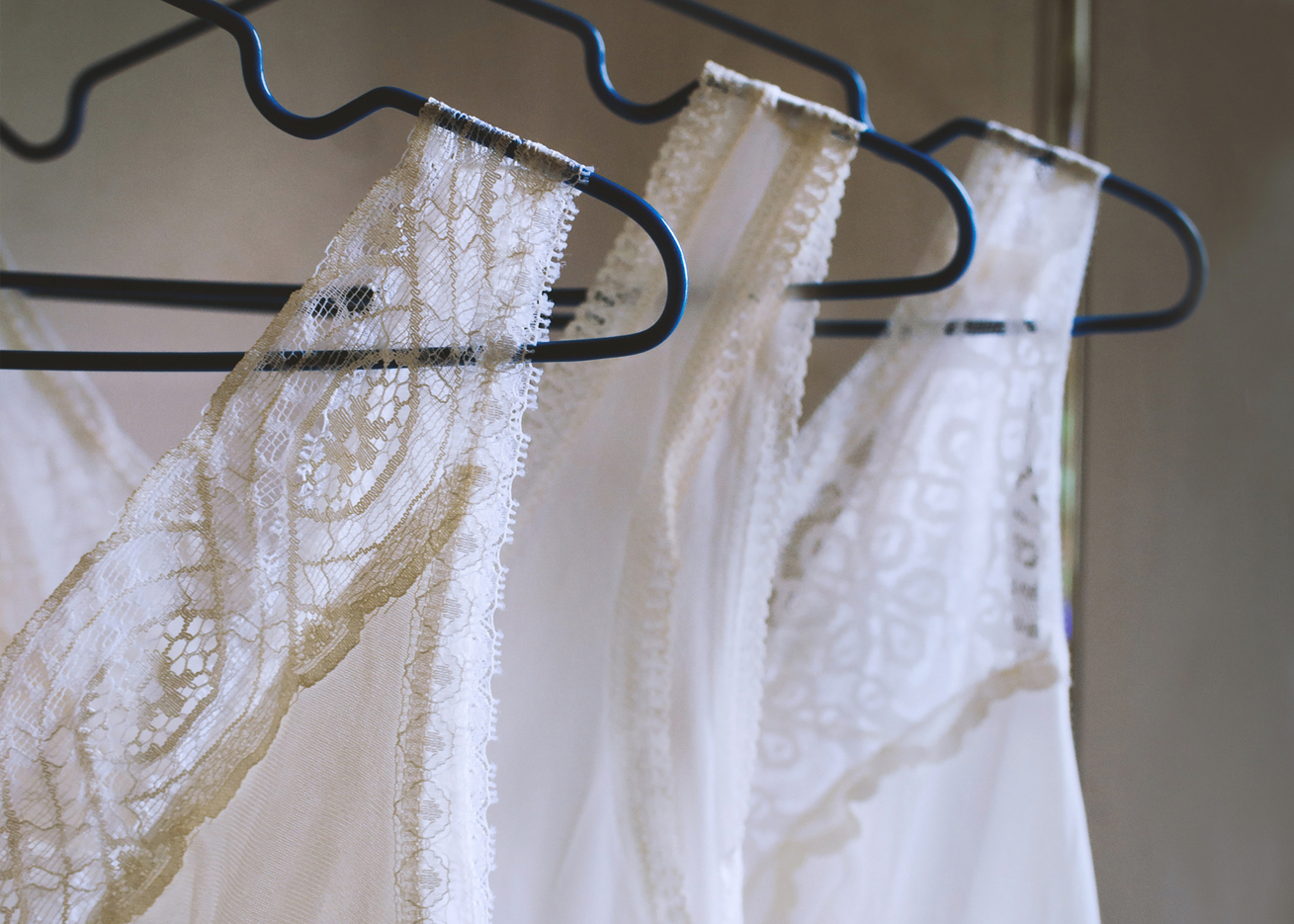 The History of Nylon Lingerie

By Marketing / November 2, 2021 / 0 Comments
Here at Shadowline Lingerie, we’re big fans of nylon – it’s the primary fabric type we use! A fun fact that many people don’t know about it is that in its early days of existence, nylon was more expensive than... 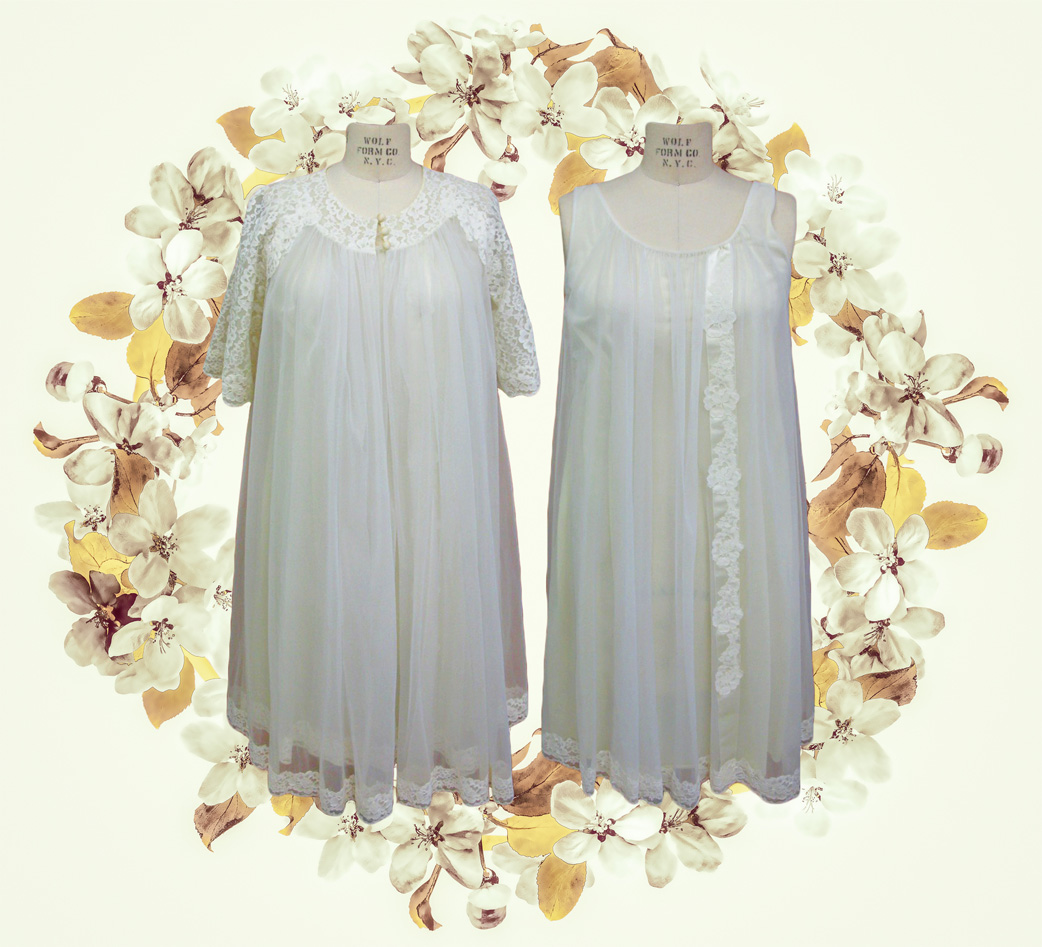 By Marketing / May 27, 2022 / 0 Comments
Running a lingerie business is hard (but rewarding) work. From designing new garments to attending trade shows, to keeping up with all of your orders, our days are always busy – and we wouldn’t have it any other way! But... 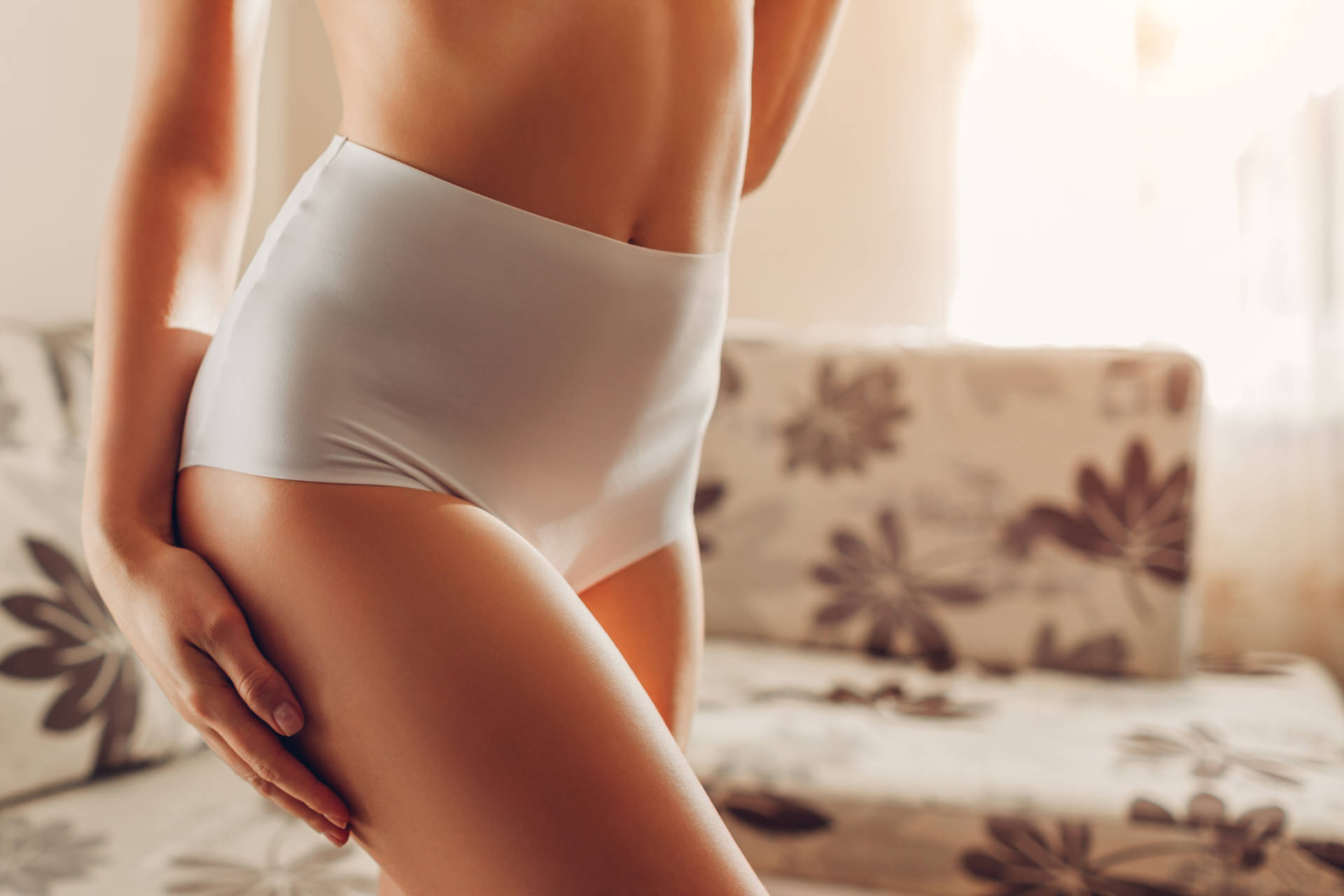 From Hipster to High Waist: A Guide to Panty Rise

By Marketing / March 3, 2022 / 0 Comments
When shopping online for panties, you might have come across the term ‘rise’ and wondered what exactly it means, beyond the fact that low rise = low-waisted and high rise = high-waisted. How low is low rise, for example? Or... 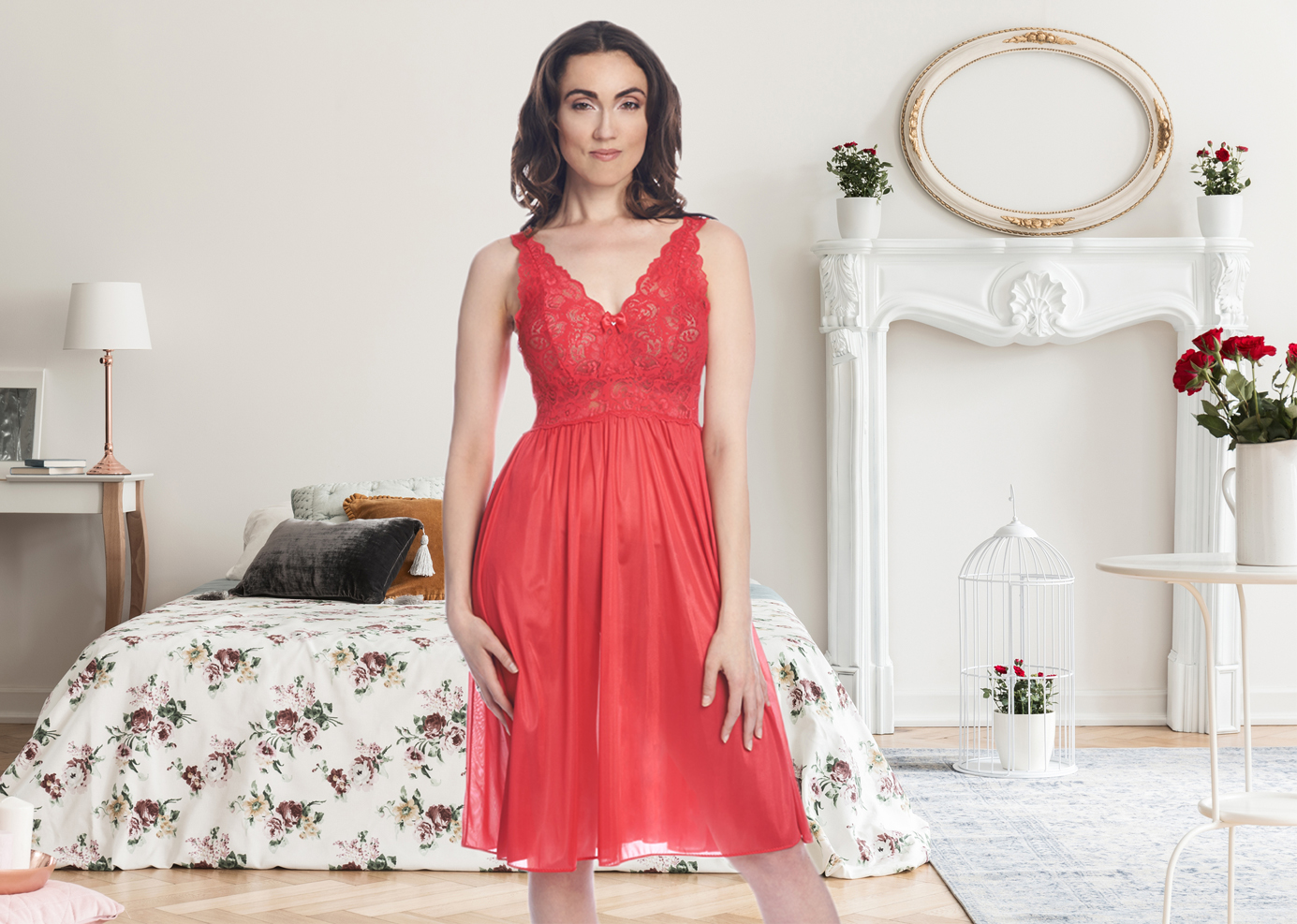 By Marketing / January 27, 2022 / 0 Comments
With Valentine’s Day just around the corner, we thought now would be the perfect time to introduce you to our most romantic sleepwear collection of them all: Silhouette. What makes Silhouette so special? It’s all in the fabrics. This is... 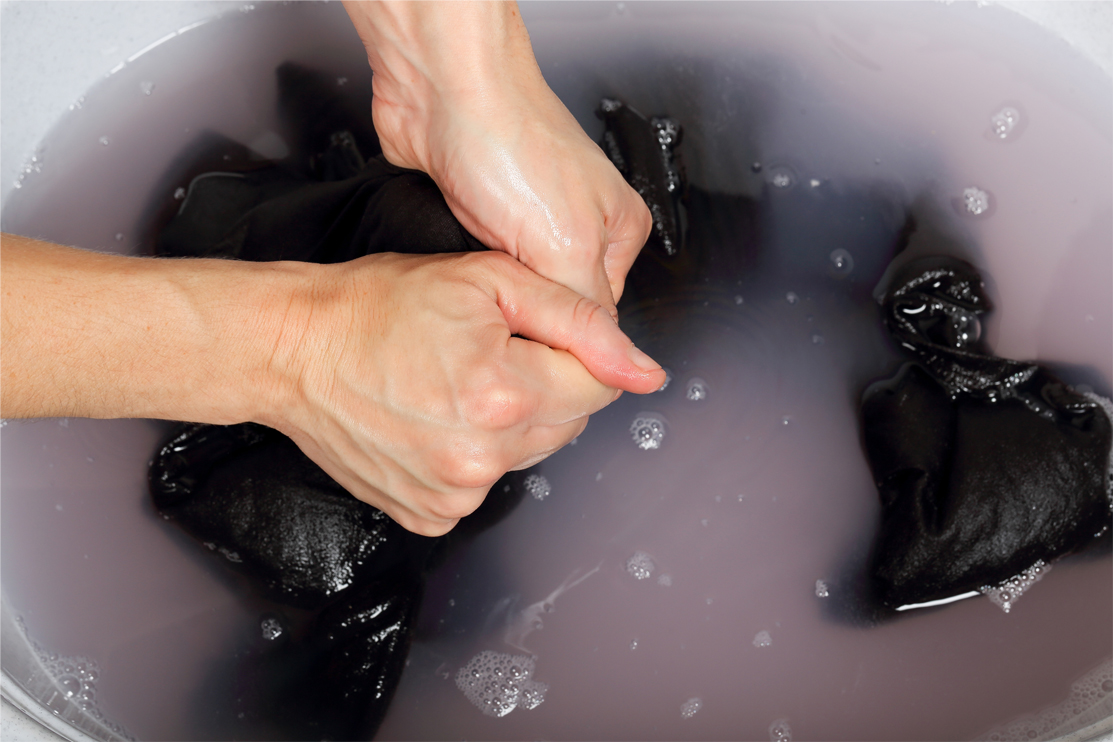 How to Wash Your Lingerie and Nightwear

By Marketing / December 27, 2021 / 0 Comments
No one likes having to throw clothes away, especially when it’s a piece they really loved. Wouldn’t it be fabulous if everything we bought stayed in perfect condition forever? Unfortunately, whether faster or slower, all fabrics eventually wear out. The... 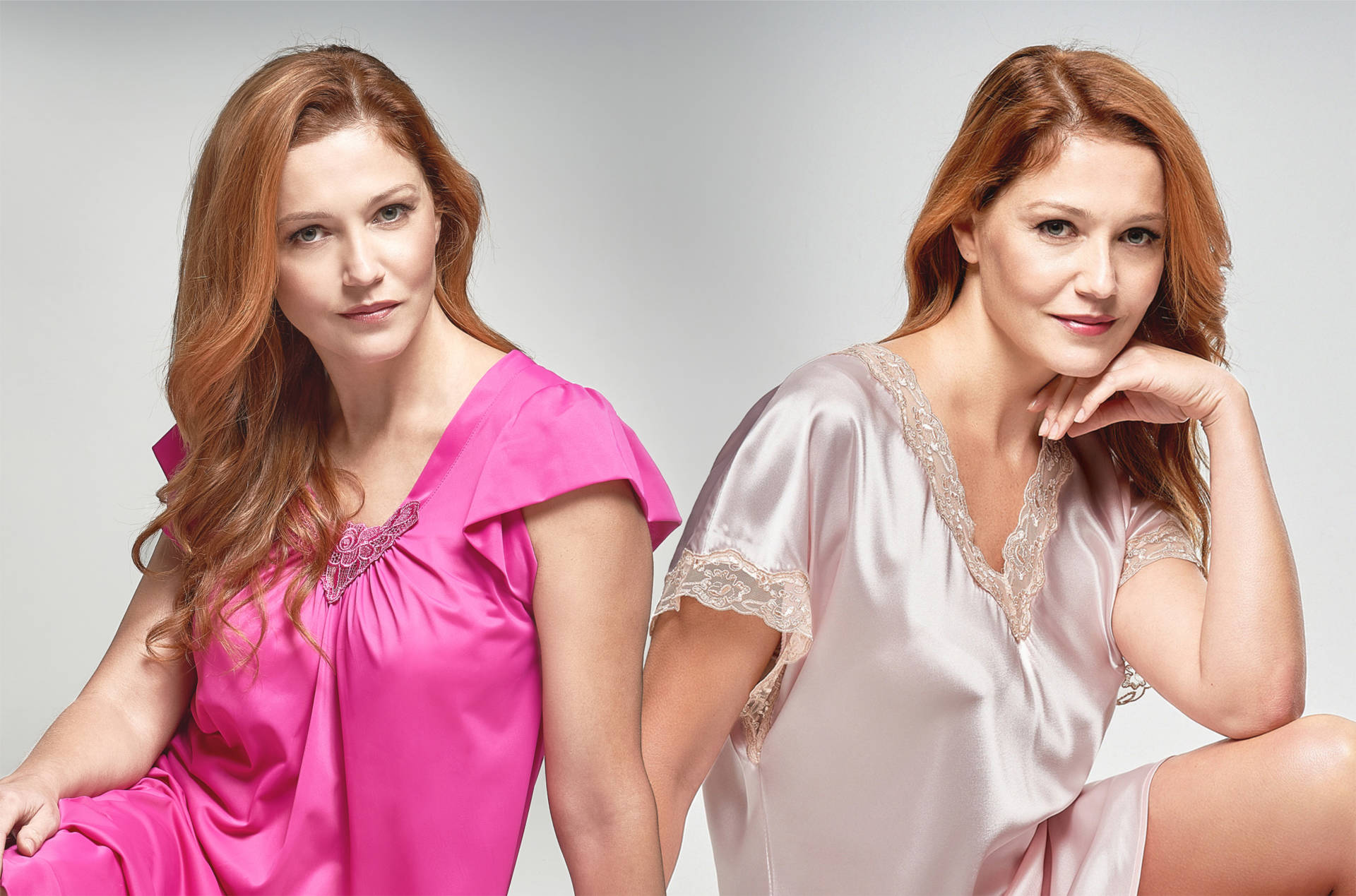 From Nylon to Cotton: A Guide to the Shadowline® Fabrics

By Marketing / September 23, 2021 / 0 Comments
Did you know that some of the fabrics we use for Shadowline® garments were developed in house, especially for use by our brand, or that we often use the same fabrics across multiple ranges so that you have the option... 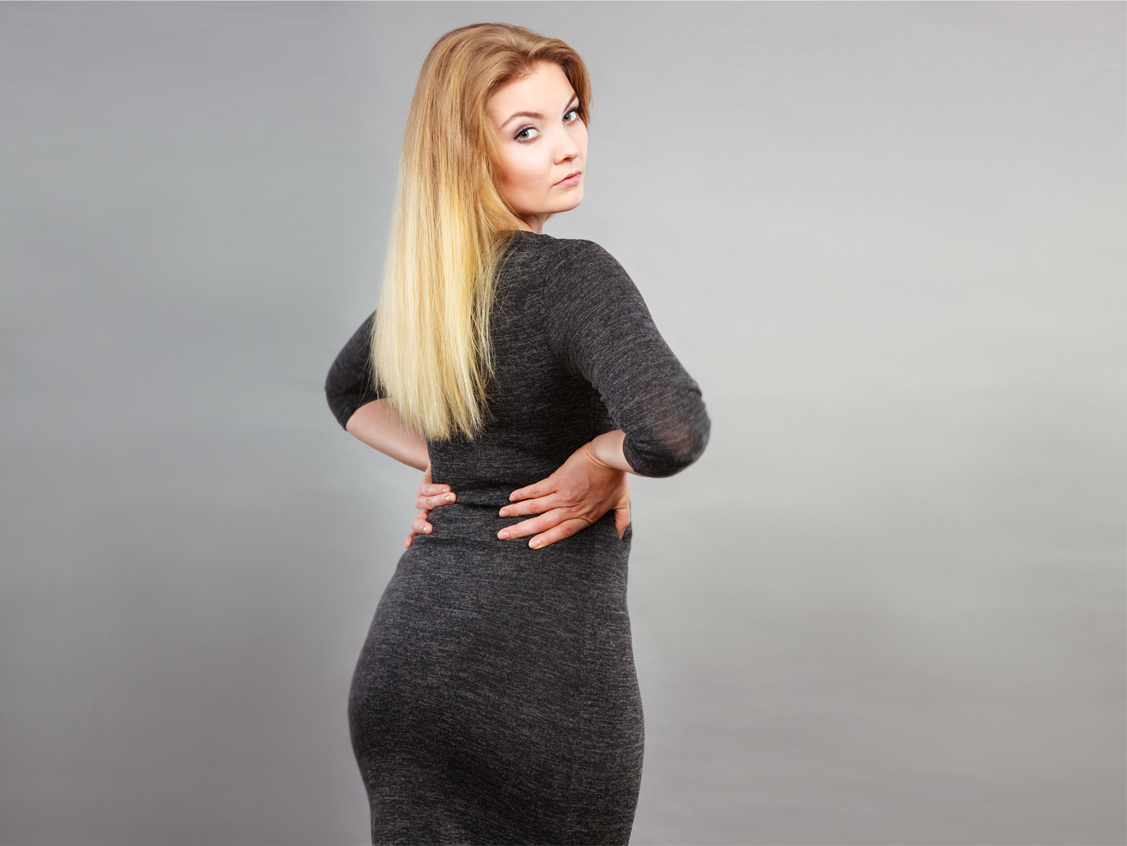 How to Keep Underwear Hidden Below Clothing

By Marketing / April 25, 2022 / 0 Comments
Image: © Voyagerix When it comes to keeping your underwear hidden below your clothing, there are two options. You can adapt what you’re wearing over it – such as choosing thick, textured, dark, or printed fabrics through which underpinnings are... 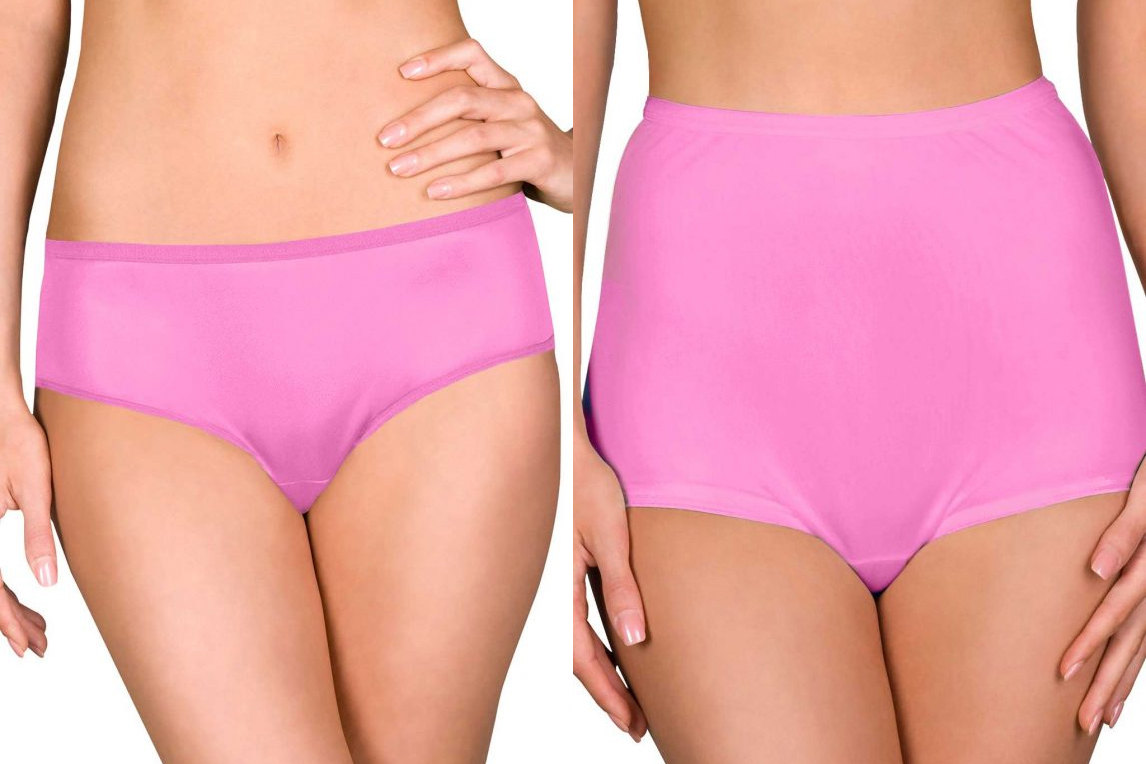 Panty Style Guide: How to Choose the Best Panty for You

By Marketing / July 23, 2021 / 0 Comments
Never in the history of panties have we had access to so many different styles as we do now – a quick search online is all it takes to find hip hugger panties, high-waisted ones, design with either full coverage... 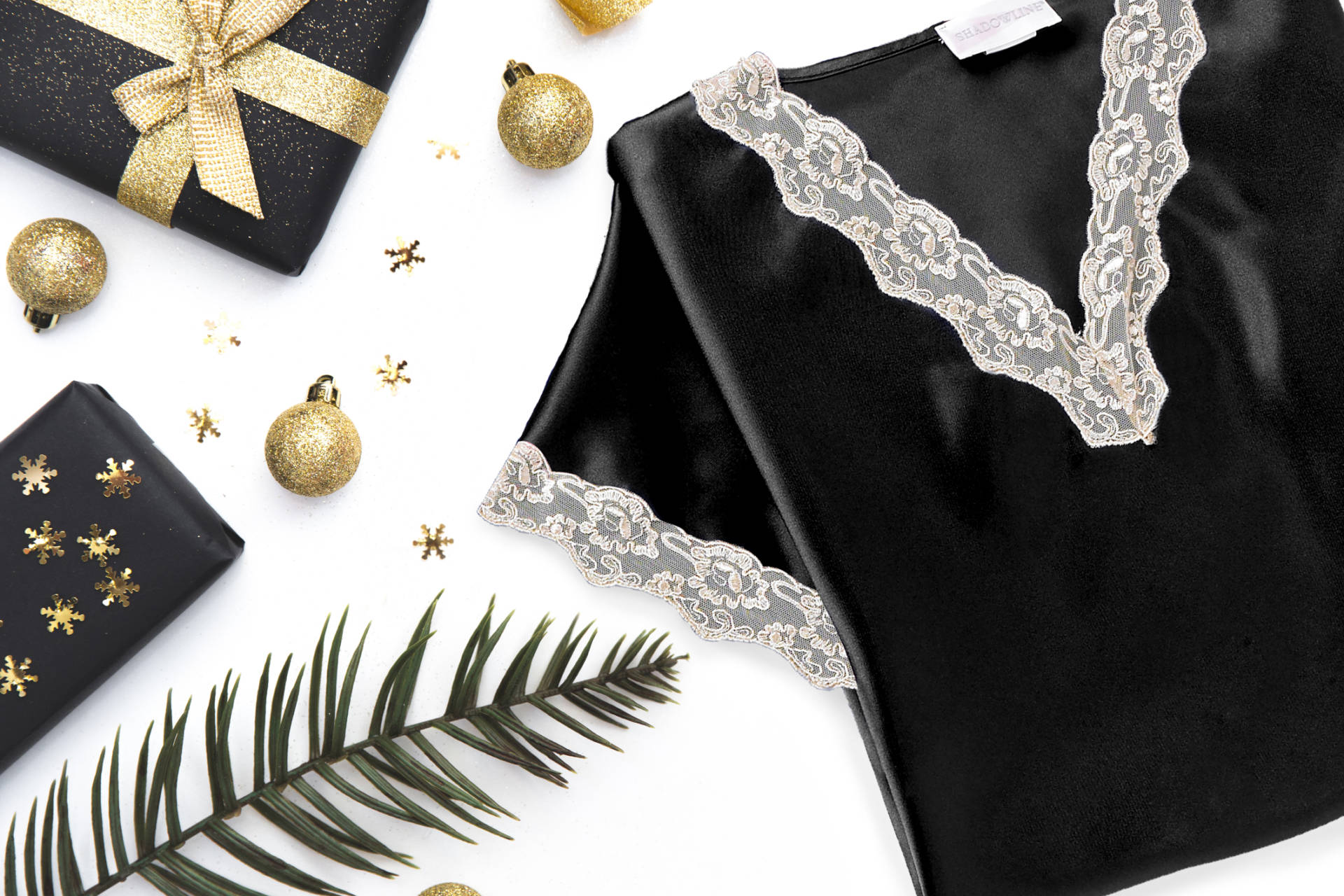 By Marketing / December 1, 2021 / 0 Comments
The holidays are almost upon us! Before you know it, we’ll be putting up decorations, gathering together around the dinner table, and yes, opening presents. If you’re thinking of gifting someone loungewear or sleepwear this year – well, first of...

New articles, collections and offers direct to your inbox!

Thanks for joining our mailing list! Use the following coupon code on the checkout page to receive 15% off: shadowline15.